More Than the Visual 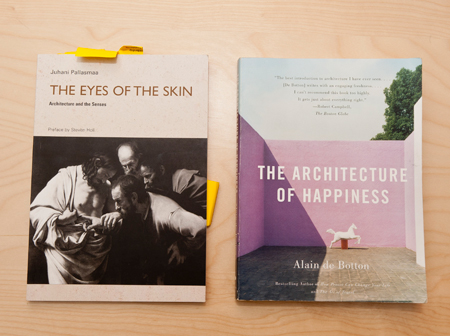 Not surprisingly, completing my MAVA meant I came into contact with a myriad of writing on architectural photography. Most dealt with technical issues, its evolution or how architectural photography is used as a commercial tool in the media and by architects. Many were from the various well regarded magazines such as AA, Domus, Blueprint etc. But also books and video dedicated to the topic including Building With Light: The International History of Architectural Photography (Elwall, R 2004) and Visual Acoustics: The Modernism of Julius Shulman (2009). These texts and the like certainly aided in providing a broader understanding of what architectural photography has been and is, however, it wasn’t until I came across two writings dealing with the feeling of architecture that I truly got an idea of what I was ultimately trying to achieve with my work.

hegemony of sight over all other human senses in modern day historical considerations of architecture. Pallasmaa’s believes that while we experience the world through the combination of the five senses, much architecture is produced only under the consideration of one – sight. In it he states that today’s constant production of photographs and the “the cancerous spread of superficial architectural imagery (eek!)…tends to alienate vision from emotional involvement and identification.”

In The Architecture of Happiness, De Botton explores many ideas, but it is his thoughts on the idealization of architecture that caught my ear. He writes, “Behind a practical façade, modern architecture has never ceased trying to reflect back to its audience a selective image of who they might be, in the hope of improving upon, and molding, reality.” He goes on to say that despite the real life events that happen in and around buildings, good architecture acts as a propaganda tool in promoting to its inhabitants and others an idealized life worth striving for.

Further to providing shelter or structure for some purpose, I think these sentiments highlight the higher role of architecture for us (IMHO). However difficult, hopefully APs are always looking for ways to inject feelings of more than just the viewers initial visual response.